Joe Biden may find himself in damage control mode over the weekend. A previously obscure video surfaced on social media Friday, showing the presidential candidate speaking to U.S. soldiers, and insulting them.

Those aren’t remarks most politicians would want to find themselves defending to Joe Rogan. Or see lampooned on SNL.

As the troops waited for Joe Biden to continue speaking, the vice president felt jilted out of claps for what he thought was an applause line.

So he berated the soldiers, saying:

I have incredibly good judgment. One, I married Jill, and two, I appointed Johnson to the academy. I just want you to know that. Clap for that, you stupid bastards! Man, you are a dull bunch. Must be slow here, man.

The clip is likely from footage of when Biden and his wife spoke to the 380th Air Expeditionary Wing in Southeast Asia in Mar 2016.

It won’t look good for Biden, who’s trying to break the Republicans’ lock on the military vote, as a senior writer for US News wrote Thursday:

Active duty and retired members of the military, historically an easy go-to for Republicans in elections, are emerging as an important voter group for Democratic nominee Joe Biden, who on Thursday received the endorsement of nearly 500 retired senior military leaders and other national security officials.

The timing of the video looks especially bad for Biden after he castigated Donald Trump for calling the troops names. 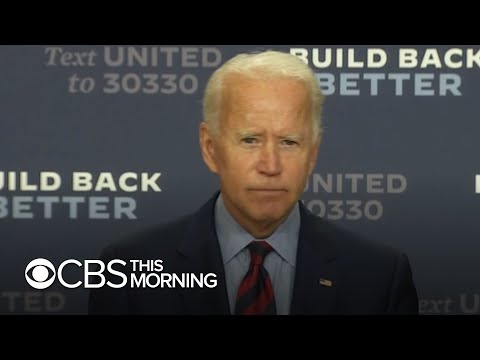 The Democratic nominee said it disqualifies Donald Trump to be president:

It affirms what most of us believe to be true, that Donald Trump is not fit to be the commander in chief.

Now Joe will have to answer for video footage of the candidate calling troops names to their faces while they attentively listened to his speech.

Joe may find himself in the biggest trouble with Jill Biden. He wanted the troops to clap about his appointment, but not marrying Jill.