For some reason, 2020 was supposed to be Sonic’s year. Back in January, Sega promised us Sonic news on the 20th day of each month.

The COVID-19 pandemic disrupted a few of their plans, but we still received bits of information. We learned about some merchandise opportunities and an interesting brand crossover, but not much else.

With the year wrapping up and the two major next-gen consoles getting ready for release, why hasn’t Sega shown anything Sonic-related at Tokyo Game Show 2020?

Sonic Is Supposed to Be 30 Next Year

2021 is just around the corner, and it’s going to be a big year. Sega’s most recognizable character is going to be three decades old. Despite this, we’ve heard nothing about a new Sonic game.

The lack of information is especially surprising considering the recent TGS show. With Sonic being Sega’s most recognizable character, many were expecting him to make an appearance.

Some believe the game was supposed to be officially announced back in April, but with the indefinite postponing of the SXSW 2020, Sonic panel plans had to be re-arranged. If that’s true, then it’s been nearly five months, and Sega still hasn’t found the time to release the information.

The COVID-19 pandemic may have severely affected the new Sonic game so much that it may not even be released in 2021 at all. You can check out the original postponement in the video below. 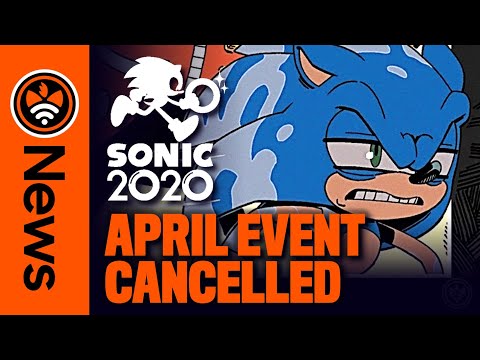 Tokyo Game Show 2020 Was a Chance To Spill the Beans

This year is going to be a massive win for Mario. Nintendo is releasing a collection that is already selling out everywhere, despite being a soulless cash grab with a phony limited release.

While Mario has been doing considerably better than Sonic for a long time, a new console generation is a great chance to shake things up and prove there’s still life in Mr. Needlemouse.

It gets harder to prove that the character is still relevant when he didn’t even appear during Japan’s biggest games show. There’s been no major news from the character for pretty much all of 2020–unless you count the album they released back in June.

No one expects full details, but Sega could do with releasing some information to whet fans’ pallets before the big event next year.  Sega has the chance to make Sonic a bigger presence on modern consoles with classics like Sonic Mania, but if they’re not careful, it’ll all slip through their fingers again.