Much like modern cars, web browsers are starting to all look the same. Operas has tried a few experiments lately to stand out from the competition, like making a gaming browser that limits CPU usage and an Android app with gesture navigation. Now the company has finished revamping its main Android browser, adding theme support and… cryptocurrency payments.

If the generic white/black themes of most web browsers are too bland for your tastes, Opera 54 for Android lets you change the app’s appearance. You can pick from a light or dark theme (or let it follow the system theme), and select the desired accent color. The rest of the interface has also received minor upgrades, with quicker animations and fewer sharp corners.

The other major change in Opera 54 is enhanced support for cryptocurrency, because apparently that’s a thing people want in their browsers. Bitcoin and Ethereum transactions can now be conducted without leaving Opera, and the browser works with TRX and TRON DApps. Sadly (at least for me), ‘TRON’ is referring to a blockchain network, not the classic 1982 science fiction film starring Jeff Bridges. 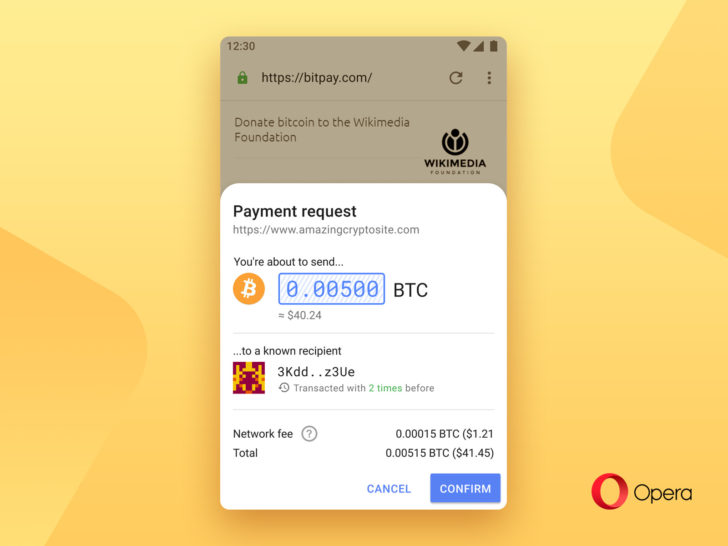 I do appreciate apps that manage to add a bit of color to light and dark themes — most of Google’s apps are pretty bland these days. Opera for Android v42 is now rolling out on the Play Store, and you can download it from APK Mirror.