A deeply divided European Central Bank will decide during their meeting on Thursday, one of the most significant in recent history as the European Union teeters on the brink of a recession, if they plan to take a neutral stance in guiding monetary policy, or whether they’ll approve a series of aggressive steps to combat growing economic headwinds.

Although ECB President Mario Draghi has pushed for a large fiscal stimulus package ahead of his departure on Oct. 31, some on the ECB’s 25-member race-setting committee have criticized the plan, suggesting the economy isn’t weak enough to warrant such aggressive measures. Key interest rates are currently at minus 0.4 percent and have been since 2016.

Investors are forecasting about a 50 percent chance of a 0.2 percentage-point rate cut.

“The ECB’s monetary policy is doing its duty, but it can’t do everything,” Bank of France Governor Francois Villeroy de Galhau said in a recent interview. “And it certainly can’t perform miracles.

Whatever policymakers ultimately decide, however, could shed some light onto the Federal Reserve’s policy-setting meeting next week — and whether the U.S. central bank will lower the benchmark federal funds rate by a modest 25 basis points, or leave it unchanged.

“U.S. rates can diverge to some extent from global rates but there’s a limit to how far that process can go, because of integrated capital markets,” Fed Vice Chairman Richard Clarida recently told Fox Business.

The concern is that if the U.S. didn’t send its rates lower alongside the ECB, it could lose demand to Europe, putting downward pressure on inflation and overall economic growth. It’s also one of the reasons that President Trump frequently complains that rates are too high in the U.S.

“Mario Draghi just announced more stimulus could come, which immediately dropped the Euro against the Dollar, making it unfairly easier for them to compete against the USA,” Trump wrote in a tweet. “They have been getting away with this for years, along with China and others.” 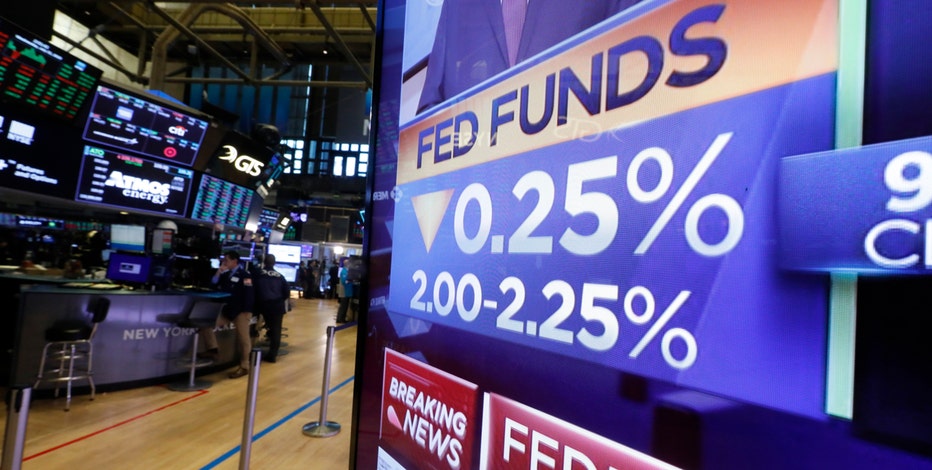 A television monitor on the floor of the New York Stock Exchange headlines the rate decision of the Federal Reserve, Wednesday, July 31, 2019. The Federal Reserve is cutting its key interest rate for the first time in a decade to try to counter threa

Currently, about 88 percent of traders are pricing in a quarter-point cut during the Fed’s Sept. 17-18 meeting.

Policymakers cut rates in July by a quarter percentage for the first time since the start of the financial crisis, setting the rate range between 2 percent to 2.25 percent, citing «global developments in the economic outlook as well as muted inflation pressures.» At the time, Fed officials did not say whether they anticipated additional cuts, but warned it was not the beginning of an aggressive rate-cutting series.

Since then, however, global economic conditions have significantly weakened: Manufacturing contracted in the U.S. for the first time in three years; the spread between two-year and 10-year Treasury yields inverted, a common harbinger of an impending recession; and employment data in the U.S. suggested the labor market is softening, all amid heightened trade tensions between the U.S. and China.

During a question-and-answer session last week in Zurich, Switzerland, Fed Chairman Jerome Powell acknowledged that while the data shows the U.S. economy is growing at a moderate pace, there are competing threats to the picture.

«We’re going to act as appropriate to sustain the expansion,» Powell said. «I don’t have anything other than that to say here tonight.»